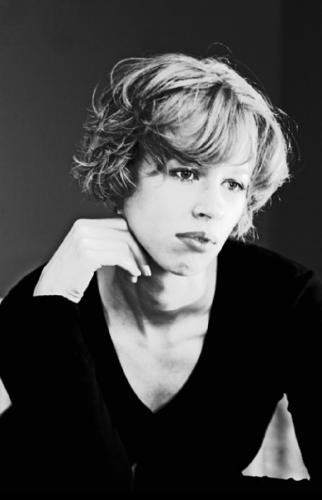 Allison is a freelance editorial illustrator and fine artist.

Bruns earned her Bachelor of Arts in Illustration from Pacific Northwest College of Art in 2007. She is the winner of several awards, including the Creativity Annual Student Award for News and Editorial Illustration for her thesis on the atrocities of The Khmer Rouge in Cambodia. Allison was again honored in 2012 by being selected for the First PNCA Juried Alumni Exhibition. ¬† ¬† Rooted in a lifelong fascination with music, movies, and literature, Allison's portraiture work includes a diverse cast of characters, each with his or her own story to share. The workings of her imagination speak through her abstract paintings. Multiple layers of vivid color, along with her signature ‚Äúsplatters,‚Äù evoke energy and vitality. ¬† Allison Bruns works in oil and canvas, pen and watercolor. She has been commissioned for design, illustration, and oil paintings for many Oregon businesses as well as for private clients. Her work has been featured on the Portlandia television show, VICE Magazine, at the Portland Film Festival and Powells City of Books, Willamette Week and The Oregonian, and is a contributing illustrator for PDX Magazine. ¬† Allison Bruns quickly caught the attention of Portland‚Äôs thriving community of artists and art enthusiasts. Her work has been displayed at many of Oregon's cultural hotspots, including PoBoy Art, The Goodfoot, 23 Sandy Gallery, Peoples Art of Portland, Imago Gallery, Jam On Hawthorne, The Press Club, Cricket Cafe, Limelight, Powells City of Books, and Sidecar11. Allison has also shown at Helltown Gallery in Provincetown Massachusetts, and continues to ship illustrations and paintings nationwide. She was featured this year on OPB‚Äôs award winning show, Oregon Art Beat. Allison teaches Introduction to Illustration at Chemeketa Community College in Salem Fall term.